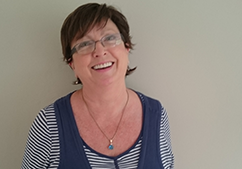 When Orla’s beloved mother Kathleen, 85, was diagnosed with Alzheimer’s she rapidly became a shadow of her former fun-loving and outgoing self. It was heartbreaking for her doting family to watch. So when Orla heard how a choir in New York made-up of dementia sufferers was a huge success in bringing joy back into their lives, she decided to create something similar to help her mother and others like her.

Orla explained: “Mam was the inspiration for the ‘Forget-Me-Nots’ choir but the members are now the heart of it. It’s given such life to everybody and it’s wonderful to be part of that.
“They love being active and being involved.”

Tragically, Kathleen, a grandmother-of-13, died at the age of 89 in June. But her spirit lives on through the choir that has now grown to have around 100 members and is acting as an inspiration for other communities to set up their own choirs for dementia suffers.

“There is a choir called ‘Past Times Community Choir’ in Kildare that has been set up based on our model. We’re looking forward to singing with them in September or October.”
There is sadness when a member dies but the ‘Forget-Me-Nots’ pay touching tributes on their Facebook page to those that are no longer with them so relatives who live elsewhere can see what they meant to the choir. Orla’s sister Fiona Tierney describes her as a “true local unsung hero”.

“She single-handedly brought the choir into being and works tirelessly to make Tuesday rehearsals special. There should be an Orla in every community in Ireland to start one of these but thankfully we got her first.”

Judges’ opinion: “Alzheimer’s is something that touches the lives of so many sufferers and their loved ones but Orla has brought happiness back into their lives. She is helping some of the most vulnerable people in our society, which is the epitome of being Lidl’s local hero.”