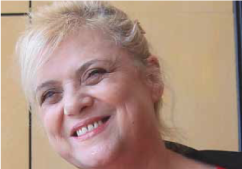 Born into the slums of Dublin, Christina Noble knows what it’s like to experience poverty and live in the depths of despair.

So much so, she has made it her life’s work to make sure that she can save as many children in Vietnam and Mongolia from such a fate.

She fervently believes all children are entitled to a safe and happy childhood and for the past 23 years, she’s made that her mission – helping a staggering 700,000 children. Christina saw the devastating effects of poverty for herself during a trip to Ho Chi Minh in Vietnam back in 1989. She was moved to help and as a result established her organisation two years later.

Since then, her foundation has established over 100 projects that provide vital health care, educational opportunities and community programmes to thousands of children every year, giving them a chance to escape the poverty trap. In 1997, Christina extended her lifesaving work to helping children living in dire living conditions, such as sewers, in Mongolia.

This inspirational woman is a mother gure to the thousands of children she clothes, feeds and loves, giving them hope of a life that doesn’t mean being sexually and economically exploited.

“Christine is simply an inspirational woman and what Pride of Ireland is all about. From the depth of poverty she’s risen above it all and used her own success story to help countless others. She’s dedicated her life to helping children in dire circumstances as well as being a mother to so many.”